Reviewing Craps and Its Untapped Potential in Online Casinos

Craps is a dice game that’s probably the simplest that you can play in an online casino. But at first glance, it may seem overwhelming since it seems the players are speaking another language (better-called slangs) and then, there are the numerous bets which continually occurs. Point made, let’s take a look at what the game offers, and thus, how you can play it as well. But first, here’s a little history on how a young man initially formed the game.

The History Behind the Simple Game of Craps 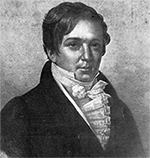 Craps started in the United States when Hazard, a European game, was moved to New Orleans from London (in 1807) by Bernard Xavier Philippe de Marigny de Mandeville. Now, what Bernard did to the game was to simplify it in a way that players could select seven as the main number. This method is unlike any in Hazard, where players can choose any number from 5 to 9. Still, all wasn’t as smooth as expected, and the off-shoot was met with dislike by the upper social class. Over time though (or more specifically, World War II), everybody started playing it since individuals from every social class met up in the Army.

How to Play like a Semi-pro on First Try

Playing Craps doesn’t have to be hard regardless of your knowledge on the game. On the contrary, it can be quite simple provided you follow the right set of instructions. To that, we’ll be going through the question of how to play craps. We’ve broken up the game into different parts for that.

Get Intimate with the Table Layout

Around the casino table, you’ll see the “Pass” line, which is for bettors on the shooter’s side. After that, we have the “Don’t Pass” bar which allows you to play against the shooter. Of course, do be careful, as you need a solid strategy to beat the shooter. Giving the table another look over, you should notice things such as a space for one-roll bets between the boxman and stickman. Following after, there’s a “Field” section where you can make one-roll bets, though this time, you’ll bet that any out of the numbers; 2, 3, 4, 10, 11, and 12 will turn up.

Most definitely, this is one of the seemingly hardest parts of playing Craps. The lingo that players pass around can be disorienting; especially with the speed at which players bounce back terms. That said, the good thing about the slangs that Craps professionals use is that you only have to hear the keyword and you’ll know what they’re implying. Like so: 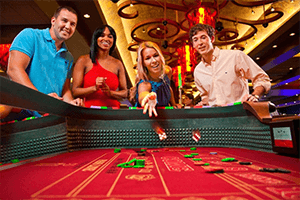 First, notice the “OFF” button on the table. It means no bet has been placed yet, though the shooter or any player can do so. If the shooter rolls the dice, that’s called the come-out roll (you’ll need this later). Having said that, when the shooter throws the dice, a 7 or 11 means the pass line wins even money. For the numbers 2, 3, or 12, you call it craps if the shooter throws any of them. This time around, everyone loses their Don’t Pass bets. Now, on the chance the come-out roll is any number other than the ones we’ve mentioned, the number becomes a point.

How You Roll a Point

When the shooter throws any number out of a 4, 5, 6, 8, 9, and 10-all bets on the Don’t Pass line. With these, the game dealer typically turns the pre-mentioned “OFF” to “ON”. Right after, the shooter tries to roll the point again; just before a 7. For instance, if the point is a 9, the shooter attempts to roll a nine again, and if he/she is successful, every player passes. When this happens, the shooter will have to throw another come-out roll. But of course, everyone fails that round if he rolls a seven. The pair of dices is passed to another player, after that.

The Different Types of Wagers You can Try out

There are others like the hard-way bets and the Big 6 or Big 8 bets. So be sure to check them out too.

Casinos Where You Can Play Craps Online

There are different casinos online where you can play craps. The only trick is that you have to hunt the right ones. To avoid that, we have listed below, some of the best online casinos to play Craps:

Should You Play the Game?

Yes, you should. The game is entertaining, and it has straightforward rules, so we think it’s a perfect alternative to slots in the case of new players looking to make wins. Nevertheless, there’s the need to say that craps can be overwhelming for beginners. So, we recommend you study not only the guide above, but also try your hand out on a few of the ones you see online.