The leap from land-based casinos to online gambling has not been one of the easiest journeys; designing complex software, gaining the necessary licensing, distribution… back in the day completing all types of requirements was a grueling process in order to set up an online casino. In those years, government rules in regards online gambling weren’t yet fully established, which provided a degree of difficulty for casino software companies. In that period of evolution, developers played a major role in giving a start to the making of new laws, regarding the regulation of games which utilized real money systems. Today, we take an extensive look at the establishments that made online gambling possible!

Online Casinos with the Best Software

Some companies will stand above others. Whether they are put in their current successful position through innovation or excellent conduct of business, a few of the most powerful developing companies continue to set the gaming standards for all others. Some of them have been operating for more than two decades, while others have been established only a few years ago. In all cases, when a developer produces quality content, it is universally recognized by online casinos. Below, you can see some of the most notable casino software developers in the industry.

Based in the Isle of Man, this company was founded in the distant 1994, and it is considered to have created the first online casino in the world. While indeed a bold claim, Microgaming’s roster of 1000+ games has solidified its reputation as a serious and reliable developer. To this day, long-standing and newly emerging casinos continue to do business with Microgaming. The company has also developed its own Poker Network called the MPN, which allowed players to compete against each other in Texas Hold ‘Em. 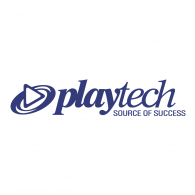 Another giant in the software development industry is a company called Playtech. Founded in 1999, Playtech rose quickly to fame by developing an outstanding variety of gambling products for online poker rooms, online bingo games, arcade games, mobile gaming, live dealer gaming, and many others. The company possesses a number of awards and certificates, signifying its outstanding business performance on the online casino market.

Known as Net Entertainment before 2015, NetEnt opened doors in 1996. With a reputation of an outstanding developer and supplier to different gambling websites, NetEnt excels at producing original title slots, some of which have become quite famous on the casino scene – Arabian Nights, Dead or Alive, Starburst, and many others. NetEnt has employed more than 700 people, and today continues to hold a position as one of the most renowned casino soft developers.

A software company coming straight from the United States, RTG was founded in 1998. Upon gaining success, this Atlanta, Georgia based developer moved all its operations to Costa Rica a few years later. RTG offers its licensees a choice for the payout settings of all video poker and slot games. In 2007, RTG was acquired by a company named Hastings International, which itself was managed by the HBM Group, known for offering management corporate services.

Considered to be one of the “new kids on the block”, this software developer was established in 2005 and decided to take on the market of online scratch cards. Expanding significantly over the next few years, NeoGames decided NOT to offer a lot of classic table games or video poker, but direct their attention to creating incredible slot titles. A notable detail for the games produced by NeoGames is their incredible playability; customers are always impressed by the smooth gameplay and quick reaction speed. 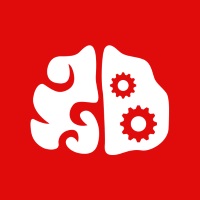 This software company was a part of a famous group of casinos. Founded in 1997, the then named “Random Logic” developing company changed its brand name to “Dragonfish Total Gaming Services” in 2007. The casino platform created by them is renowned for its quality; however, it was slightly criticized for the graphics. Their slots are known to be extremely entertaining and also feature an “automatic play” function, which allows players to save time from clicking the “spin” button every time.

The Casino Software and Services Offered by Developers

Software developers offer a variety of solutions for companies that are looking to build their online casino from scratch. Usually, any basic casino software offers a cost-effective platform that features limited customization. A completed casino is turn-key with full platform customization, and of course a service package that offers platform education, and support. Bear in mind that if you’ve decided to establish your own casino, you will need the help of a team of qualified specialists that can provide you with immediate support and maintenance work. The regular price you would pay for a basic type of an online casino platform would set you back around $18,000 or €15,000. The value of other more advanced casino packages will increase proportionally to the features and services offered by the company.

Among the numerous casino software solutions offered on the market, one sector is particularly important – the games. As you can imagine, developers these days have already re-created the full plethora of classics offered at land-based casinos. The majority of games produced these days are slots. Statistics show that most people who visit an online casino prefer the slots, and this is why there are so many of them. Developers make license deals for famous movies and other popular themes in order to incorporate them into their slot machines, thus staying relevant to the popular culture trends. Blackjack, Poker, Baccarat, Roulette, and all other games and their variants are present in the portfolio in most developers.

Mobile Support and Other Platforms

The number one concern among casino software companies is making their product accessible on all platform types. With the rise of smartphones, tablets and wearable devices, developers have adapted to the current technological state of the world, and usually present their products to be available on operating systems such as Android, iOS, and Windows. In some cases, there might be some differences between a mobile version of the games and those accessed from your computers, such as – number of games, visual interface elements and others. Developers carefully design their software so it will be accessible on current-technology platforms.

An incredible breakthrough came into the online casino world with the introduction of live dealer games. The immersion aspect was unlike anything witnessed before, and software companies started to create their own live versions in order to satisfy the increasing public demand. Being a bit more special than regular online games, the live versions required a lot more resources. Developers started creating their own live game host studios from which they would provide a live stream; today, you can purchase a live studio service from the company that provides your casino with games.

Types of Licenses and Requirements for All Casino Software Solutions

Before getting into the actual documentation, we will take a look at the most important element of every software developer’s products – the RNG. Called the “Random Number Generator” algorithm, this piece of software is responsible for the “randomness” function in every single casino game. After a software developer releases a title, specially appointed audit agencies perform an extensive check up to make sure that the games are fair to the players. All software developers undergo a variety of check-ups on an annual basis. Below, we have presented a list depicting the types of establishments that need to be regulated and licensed:

Benefits and Drawbacks of Using a Casino Software Developer 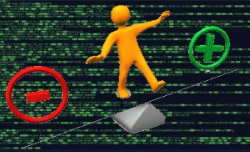 Believe it or not, there are the good and not-so-favorable sides to using the services of a casino software company. One of the most common and more obvious benefits, is the fact that once a casino brand hires a developer, it will get all the necessary games it needs; but that’s not all. In addition to receiving a roster of games, the casino also receives maintenance from the software company, saving the gambling institution a lot of maintenance effort.

You will notice a tendency here, in that the best known jurisdictions for issuing licenses, are not from Europe or any large union of countries. In most cases, this is because some of those governments do not have a properly established gambling regulation infrastructure. In places with more relaxed gambling laws, administrations have been established which are responsible for regulating online casino establishments. Some of the countries that are known to issue licenses and certificates for fair gaming, are Costa Rica, Curacao, Gibraltar, Malta, and Kahnawake ( Canada).

With the introduction of VR technology, many companies start to explore this niche with rigorous intent. Virtual reality is known to introduce an immersion factor which has never been experienced by users. While the interest in this type of platform is constantly rising, accessibility is kind of limited since the price of the VR glasses themselves are not the only thing that is going to put a dent in your wallet with a good thousand dollars or more; it is the computer as well. In order to run the advanced graphics of the casino, you need to upgrade your existing machine. If it has become obsolete, you will need to buy a new computer altogether – luckily, technology tends to become much cheaper a few years after it was released.

In recent years, there has been a significant progress in the software technologies field. More complicated Artificial Intelligence algorithms are created on a daily basis to make the casino experience of every player even better. The current level of A.I. allows the platform to recognize your most recent game choices, bet patterns, and overall player’s habits in order to make a better suggestion or recognize potential gambling addiction issues; but that’s not all. Besides optimal predictions and issue detection, A.I. has indeed come a long way, but is it for better or for worse?
Many speculations had risen online after it was announced that an A.I. has defeated a human player in a match. The computer program displayed a highly calculative behavior in terms of play; knowing when to fold, hold, and bluff. An almost immediate negative response followed from the gambling players’ community, stating that now casinos will be able to present their own “fake” A.I. players in order to increase the house edge and subsequently, revenue. Whether such bold claims are true or not, it is a fact that even current A.I. casino software solutions are used on a daily basis in order to protect your information.

Even software retail and casino assistance agencies have their own RnD department that produces games on a regular basis. Although the number (and sometimes quality) doesn’t come up to par with the products delivered by software developing giants, retailers continue to produce their own software. However, there are cases where an online casino brand develops its own game platform. Even if a gambling establishment does produce its own software, it can still use the services of a developer or a retailer to complete the roster of the games the casino offers.

Creating online casino software is definitely not an easy task. It is not only about the production of quality games; it is about staying relevant in the industry with the help of innovation and progress in the marketing field. The only thing that prevents online gambling and the complete success of software developers, are the countries in which gambling is banned or severely restricted. It is an interesting factor that most of today’s famous software companies established their own casinos once they created the first gambling platforms; however, most of them today have completely switched to providing games and maintenance for other casinos.