Every casino in the world has at least one roulette wheel on its floor. Even the electronic games parlours that like to call themselves casinos have an electromechanical version. The fact is roulette is the most recognizable casino game in the world. It’s been with us mostly unchanged for hundreds of years. The game is so popular and recognizable even if you have never set foot in a casino you know what the game is. You probably know how it works too. But if you are going to risk real money playing you want to find the best online roulette and know a few inside tips to get you started.

All Is Not Equal In The Roulette World 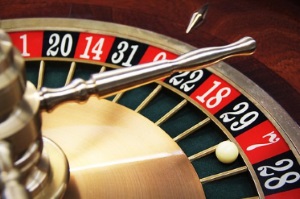 When it comes to choosing a roulette casino online you need to know what house rules are in play. There are now a ton of slightly different versions of the classic game. While they may look the same it is the allowed bets that are different. Let’s start with the two versions that have been around the longest online. American roulette did not originate in America it is actually the oldest version of the game from Europe. Its name came about because it is the version that was most popular there and the new European version didn’t catch on. The cynics know why that is. The ‘American’ version has a double zero pocket as well as the single. This may not seem like much but it doubles the house edge. So in reality if you want to have as much chance as possible to win avoid the American wheel at all costs. The European version came about when two brothers that ran a casino in 19th century Germany wanted to sand out from the rest. They devised a wheel with a single zero pocket halving the house edge so making their casino more attractive to the punters. So when you want to play roulette online choose one of the European versions.

Then You Have French Roulette

This is a bit redundant but you will find games called French roulette online. The games origin is French, the name means little wheel, and some online casinos like to remind you of the fact. The betting table will often have the French terms on it. The big difference are some of the bets. Traditional French roulette will have one of the rules surrounding the zero. It will either be En Prison or La Partage. When the ball lands in the zero pocket the even money bets are affected. With the En Prison rule the bet is imprisoned for another spin if you win that spin the bet is returned. For example you bet $20 on even the ball lands in the zero pocket. The wheel is spun again and if it comes even then you get the $20 back if it comes odd you lose also if it comes zero again everybody loses. La Partage is considered better for the player as all even money bets get half of their stake returned when it comes zero. These two rules are never found in American roulette. They are found in European versions as well which is why the name is a little pointless. The key is read the house rules first.

Beginners Should Start With Outside Bets

Inside and outside bets refer to the odds of hitting. The outside bets are the easiest to hit so have the lowest payout. Theses bets are red/black, odd/even, low (1-18) / high (19-36) these pay even money then you have the dozen bets 1-12, 13-24, 25-36 and the column bets one of the three columns on the betting grid these bets pay 2-1. The outside bets are a great place to start. They give you a chance to get a feel for the game then you can mix it up with the inside bets. The odds of hitting one of the inside bets are significantly harder. The payouts reflect this for example the straight up is 35-1. There are far more inside bets than outside and this is where the game gets really interesting. Many ‘systems’ work on the inside bets but don’t be fooled systems don’t work. Roulette is random. Each and every spin of the wheel will result in a random number regardless of the previous. There are betting strategies that have some merit however. These strategies are just about betting they don’t claim to pick numbers. The Martingale system is probably the most famous. It is only used on the even money bets and works like this. You bet on one of the even money bets if you win you halve the next bet if you lose you double it. This means that if you have a losing streak by the time you win the bet will be large enough to cover the losses and make back the original bet. This is all well and good but you can easily get into huge trouble on a bad run and end up hitting the table limit so it then doesn’t work. There are a number of systems that are similar but just have a different order for betting or differing sizes. The thing to remember is there is no sure fire way to win. It’s a game that’s meant to be fun it is random and luck is the only factor.